Flatirons Locksmiths; Why you Should be Worried about a Cyberspace Locksmith 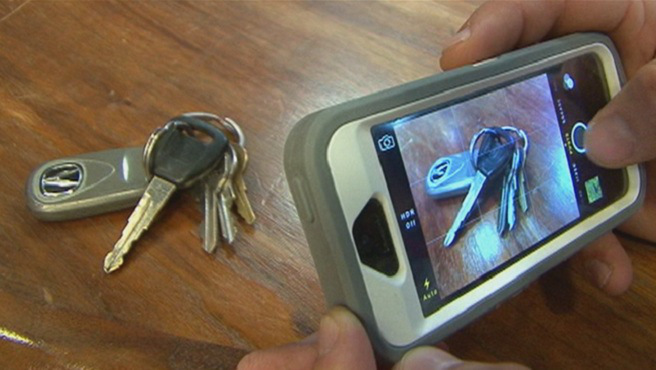 It used to be that you only had to worry about someone finding your key if you happened to lose it. These days, there’s even more to worry about, thanks to what is being dubbed as the “cyberspace locksmith.” The website keysduplicated.com claims to make keys simply by looking at a picture of them, and will ship them directly to your door. While this may seem more convenient than visiting a locksmith,, it actually means that you have a greater risk than ever before of having your keys fall into the wrong hands. Here’s why.

KOIN News Station 6 in Portland, Oregon tested this website by taking photographs of three keys that were sitting on employees’ desks. One was a car key and two were house keys, one of which was marked “do not duplicate.” The workers to whom these keys belonged willingly participated in the experiment.

The car key could not be duplicated; however, both of the house keys were copied and mailed to the news team, who later used them to enter the homes of their workers. The homeowners in both instances were shocked to discover that someone could easily gain access to their residence, simply by taking a photograph of unattended keys.

Keysduplicated.com’s chief operating officer Jordan Meyer defended the company’s actions, claiming they require a photograph of both the front and back of the key. According to Meyer, this is done to ensure that someone doesn’t snap a photograph while casually walking by. That’s still not comforting for many people, as photographing a set of keys could still be done by mechanics, valets or even someone who may notice them lying on a desk or counter.

This new technology should have you thinking about where your keys have been recently. If there’s a chance someone may have photographed them, the security of your home could be in jeopardy. To be safe, contact us to have your locks rekeyed or to have new locks installed, and then put together a plan to ensure your keys do not fall into the wrong hands. Here at Flatirons Locksmiths we highly recommend that your keys never leave your sight unless you are perfectly comfortable and trust the person you are entrusting your keys to.